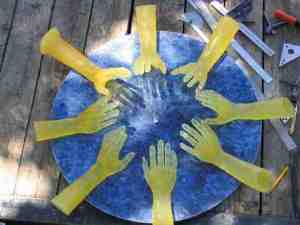 With the tenth anniversary of 9/11, about every blogger has written something in relationship it. Many churches had special services, or special portions of their services devoted to memorializing those who died 10 years ago. Most sporting events over the weekend had special moments to honor that horrible event in 2001. Memorial events were taking place all over the nation and especially in New York where the planes destroyed the World Trade Center. What more can I add to all that has been said?

I was horrified, angered, and frightened went our country was attacked. I felt the same things most Americans did. What in the world happened? Why did it happen? How could it happen? What are we going to do now? Are we safe here like we have always believed we were?

I have learned that we are all vulnerable. That statement may seem obvious, but I mean a lot more than the obvious. It is not just America that is vulnerable, the whole world is vulnerable. We lost our innocence and no matter where in the world you live, you are susceptible to danger. The danger may not be Al Qaeda, but it may be some other enemy. Our whole planet is in danger of attack.

But I mean even more than that.

It is curious to me that my sermon yesterday, planned for months without realizing it would fall on the tenth anniversary of 9/11, was about how sin took over the world on three different occasions. The title of the message was, “Sin: Taking

After Adam and Eve sinned by disobeying God and eating the fruit from the “tree of the knowledge of good and evil,” sin spread quickly. Cain murdered his brother Abel, as Hebrews 11:4 tells us, it was because he was evil. It wasn’t long until we learn in Genesis 6 that the whole world had become corrupt. Violence had completely taken over the earth and God regretted creating humans. Humanity had completely ignored God and whatever other evils they were committing, they had become overtly violent. Hating, harming, injuring, murdering one another. That’s when he flooded the earth, in order to restart and restore without evil ruling the earth.

But it didn’t take long for evil to raise up and spread as if there was no restraint. Noah’s son, Ham, saw his father asleep and naked in his tent and he brought disrespect to his father when belittled Noah to his brothers, Shem and Japheth. But it wasn’t long until pretty much the whole world resisted God’s command to spread out and occupy the world. Humanism became the rule and they decided to build a tower to human ingenuity, ability, and strength, called the Tower of Babel.

It was then that God mixed up their languages. The world spoke one language in that day, but now there were many and it created confusion and stopped their evil. 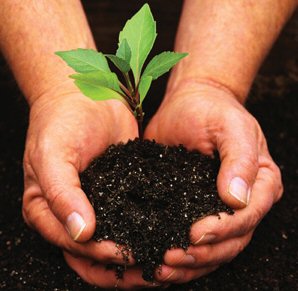 from Jesus’ death and resurrection until his return.

2 Timothy 3:1-5: 1But understand this, that in the last days there will come times of difficulty. 2For people will be lovers of self, lovers of money, proud, arrogant, abusive, disobedient to their parents, ungrateful, unholy, 3 heartless, unappeasable, slanderous, without self-control, brutal, not loving good, 4treacherous, reckless, swollen with conceit, lovers of pleasure rather than lovers of God, 5having the appearance of godliness, but denying its power. Avoid such people. (English Standard Version)

Sin is permeating our world at a level we haven’t seen since the events in the first 10 chapters of Genesis. The Barna research group just recently published its state of the church, examining the religious and spiritual trends of the past 20 years (1991-2011). The report is eye-opening. It is apparent from the report that sin is taking over America, we are becoming more and more worldly; http://www.barna.org/faith-spirituality/504-barna-examines-trends-in-14-religious-factors-over-20-years-1991-to-2011.

We are vulnerable to sin and evil. The world is full of it. Satan is attacking us. He intends not to just injure us but to destroy us. The attack by Al Qaeda 10 years ago is a physical and tragic symbol of how unsafe and susceptible we are to Satan’s attack and that attack was one of the tools of Satan.

Yet . . . we can be protected. There is hope. First it is in Christ. If you are born again into Jesus Christ (read John 3), you have salvation, but you better be aware and active in your faith. Paul writes these words to us about our spiritual Al Qaeda; 10Finally, be strong in the Lord and in the strength of his might. 11 Put on the whole armor of God, that you may

be able to stand against the schemes of the devil. 12For we do not wrestle against flesh and blood, but against the rulers, against the authorities, against the cosmic powers over this present darkness, against the spiritual forces of evil in the heavenly places. 13Therefore take up the whole armor of God, that you may be able to withstand in the evil day, and having done all, to stand firm. 14Stand therefore, having fastened on the belt of truth, and having put on the breastplate of righteousness, 15and, as shoes for your feet, having put on the readiness given by the gospel of peace. 16In all circumstances take up the shield of faith, with which you can extinguish all the flaming darts of the evil one;17and take the helmet of salvation, and the sword of the Spirit, which is the word of God,18praying at all times in the Spirit, with all prayer and supplication. To that end keep alert with all perseverance, making supplication for all the saints. Ephesians 6:10-18 (ESV)

May you be blessed by God and be safe within his love and hope and eternity.

9/11! Just saying that is like saying Bono. Everyone knows who Bono and what he is about even if we don’t know his real name. He is the lead singer of the biggest band in the world U2. He is a political activist that world leaders listen too.

9/11 a date that lives in infamy like the day Pearl Harbor was bombed and the day President Kennedy was killed. Everyone knows what that number means. It recognizes the day in 2001 when terrorists attacked America on its own soil. A horrible day, a day of terror.

What it is about is an attack on the beliefs of America. That we hold strong ties to freedom and free enterprise and religious diversity and free thinking and hope. Attacks on the very values that we hold, even though some of them are in decline.

It’s about one group’s hatred of what is different than their way of thinking, their values.

It’s about my values. over two thousand people died that day, but it was an attack on me because I believe in the things that they were trying to obliterate. 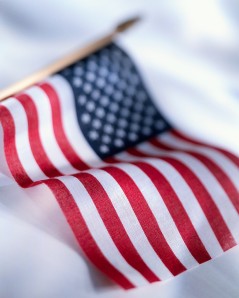 I thank God for my freedom. Freedom to choose and to live in the way that seems best to me and our country, America has been the greatest entity of that cause.

I fear that those behind the 9/11 attacks are not the only ones trying to destroy who we are. 9/11 was a signal that our values are under attack.